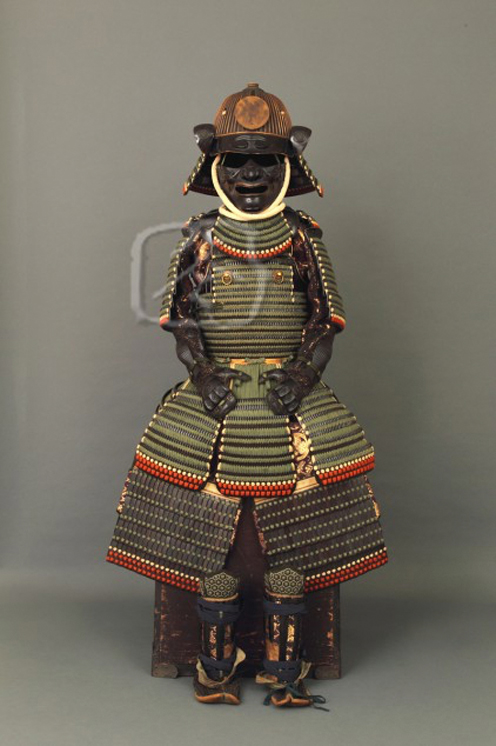 This all matching Iwai school armour bears the heraldry of the Ishikawa clan, based in the former fiefdom of Ishikawa (part of present day Osaka). It appears to have been made for a young man or adult of small stature, but of considerable financial means.

It comprises a sixty two plate black lacquered helmet with gilt trim and signed NEO MASANOBU a highly renowned armourer of the late 16th/early 17th Centuries. The top of the bowl is fitted with a six tier ‘tehen kanagu’ (fitting to allow ventilation into the interior) of mixed soft metals. It has small ‘fukigaeshi’ (turn backs) each of which carries the heraldry of the Ishikawa clan in ‘shakudo’ (an alloy of gold and copper). The ‘mabisashi (peak) is embossed with crisp eyebrows and wrinkles.

Above which a small ‘maedate’ (fore crest) in the form of a full moon stands. The ‘hineno shikoro’ (close fitting neck guard) is made of five lames of black lacquered ‘kiritsuke kozane’ (false scales).

The black lacquered iron mask is in ‘ressei’ (fierce) style with embossing around the mouth and cheeks. The flowing moustache is applied with gold lacquer. The interior of the mask is lacquered red. The ‘tare’ (throat guard) is composed of three lames of ‘kiritsuke kozane’.

The cuirasse is made of lacquered ‘honkozane’ (real scales) with further ‘shakudo’ heraldry decorating the top of both the breast plate and back plate and ‘gyoyo’ (iron pieces protecting the shoulder straps). The ‘erimawashi’ (collar) is made in European style of domestic ‘chirimen’ silk. The kusazuri (skirt) is made of six sections each of five lames of ‘kiritsuke kozane’. The front section has a small ‘hanagami bukoro’ (pouch) made of imported woolen fabric to keep money and medicine.

The ‘sode (shoulder guards) are also made of ‘kiritsuke kozane’ each composed of seven lames. The reverses of each are lined with purple silk. During conservation a small letter was discovered inside the left shoulder guard stating that the armour was last restored in the second year of Kansei (1790) by an Iwai school armourer.

The ‘haidate’ (thigh protection) is made of black lacquered leather overlapping scales and the ‘shino suneate’ (shin guards) are made of black lacquered iron strips connected with chain mail. The entire armour is lined throughout with purple silk with Tokugawa clan heraldry in gold thread indicating a strong tie between the two clans. This armour also retains its original doe skin ‘gunte’ (gloves) carrying the heraldry of the Ishikawa clan some very interesting shoes made of hemp and chain mail (the same weave as the sleeves) as well as a pair of ‘waraji'(straw sandals).

The whole armour is housed in its original lacquered paulownia wood box. 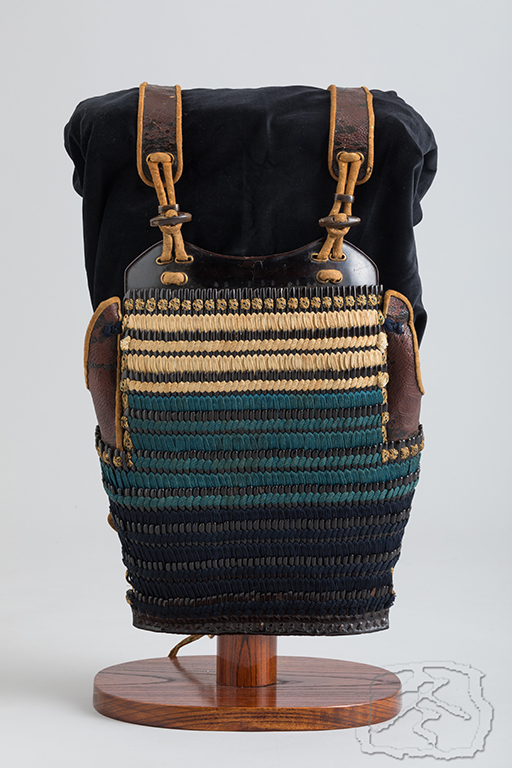 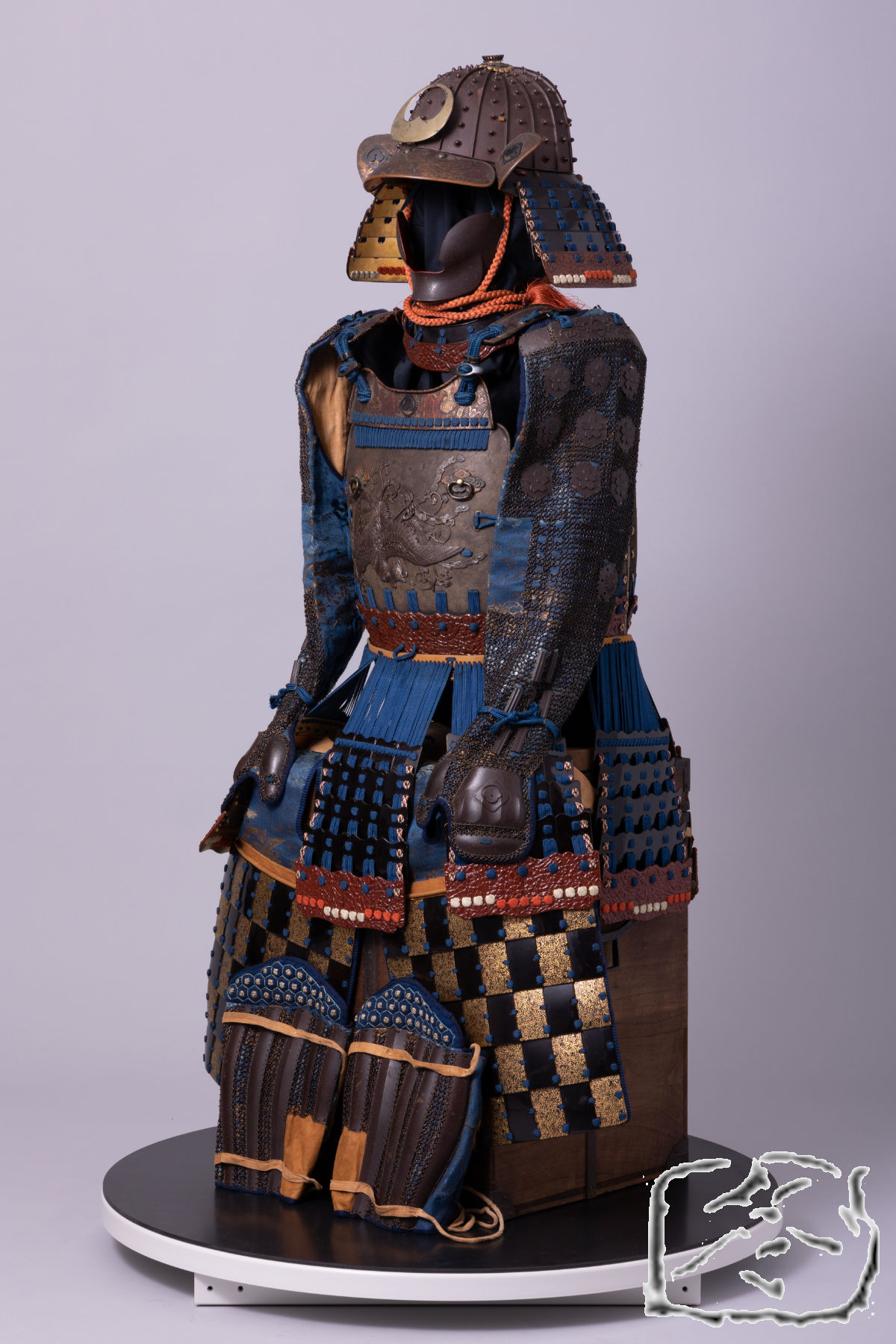 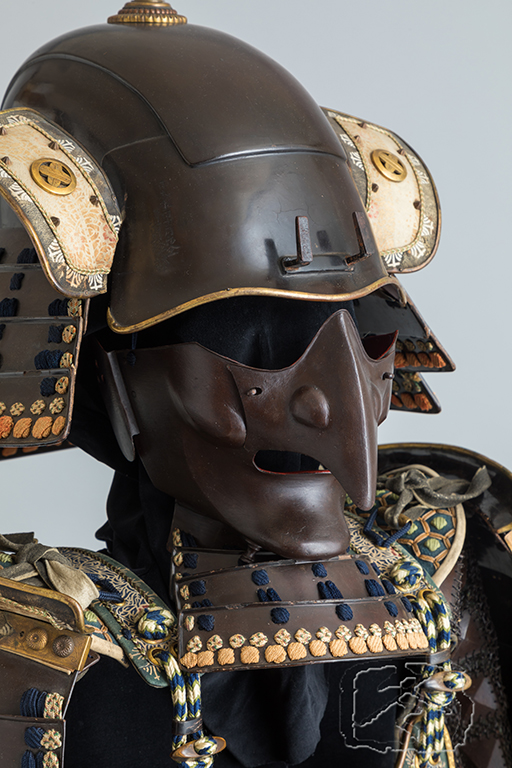 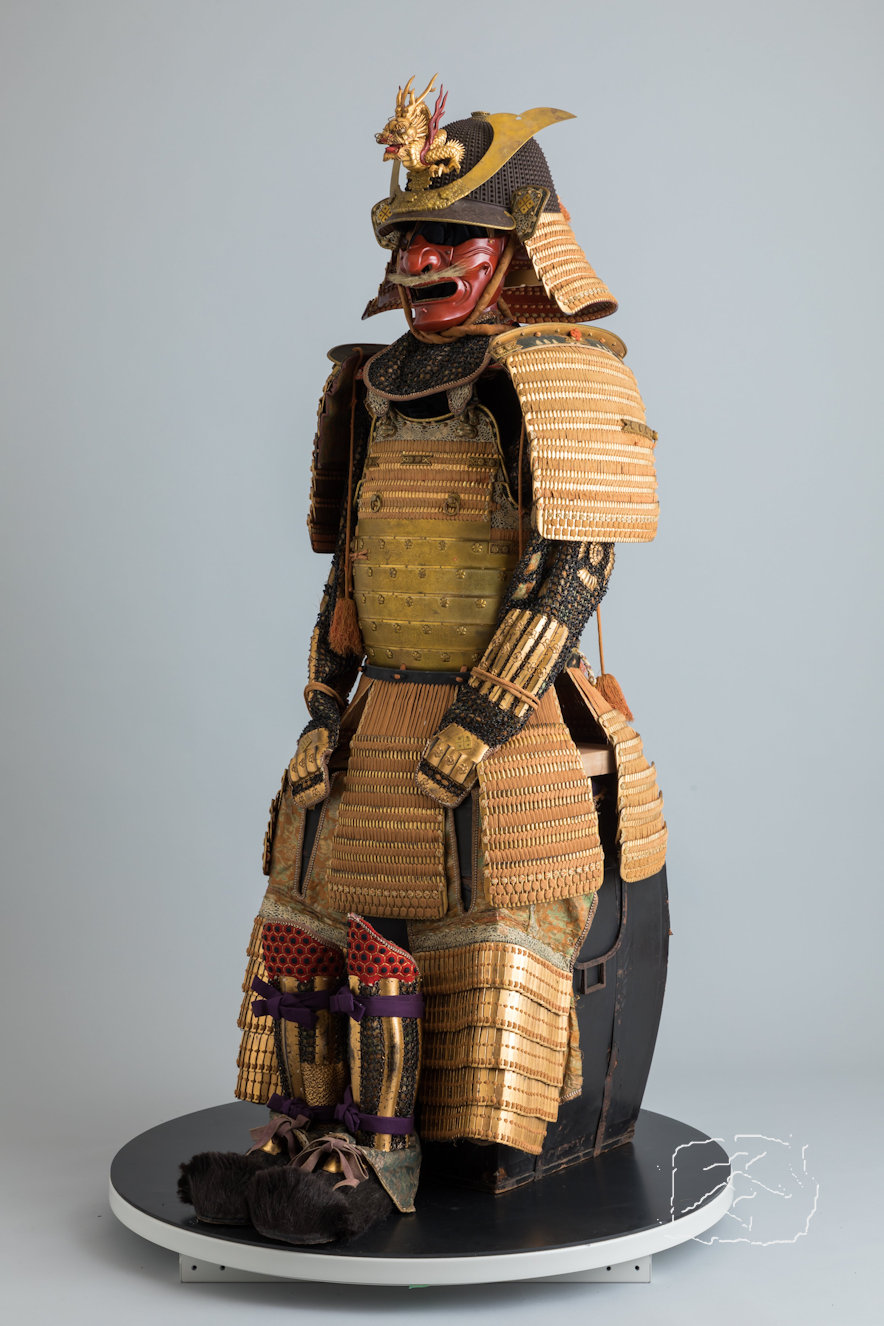 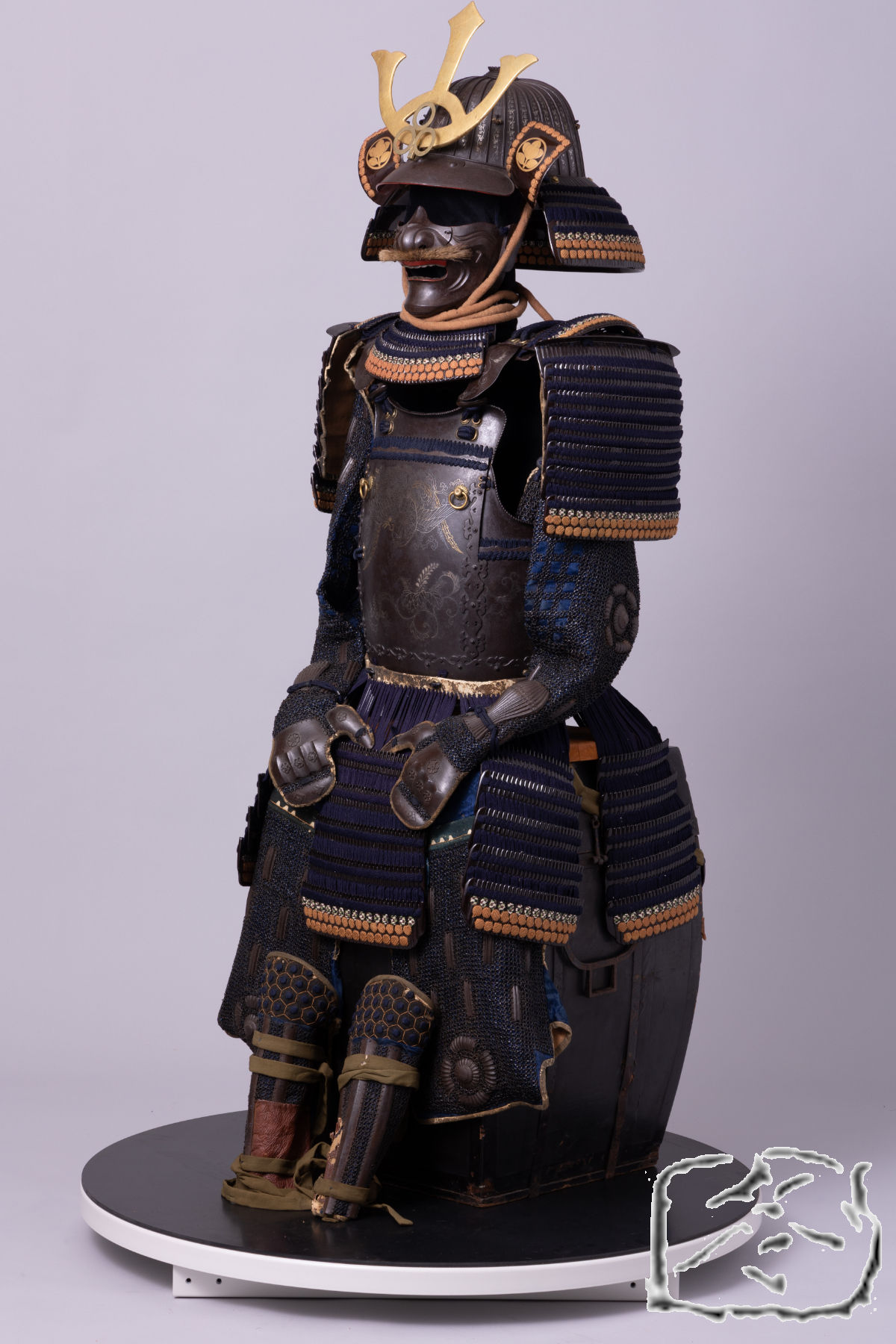